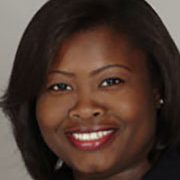 Robin serves as Of Counsel to the firm. Her practice consists of appeals and litigation support in both state and federal court. Robin handles appeals in diverse areas of law including contract law, real estate, land use, bankruptcy, foreclosure, trademark infringement, labor and employment, construction law, and criminal law.

Prior to joining the Firm Robin was a Senior Associate with Ruden McClosky P.A. n/k/a Greenspoon Marder P.A. There, Ms. Hazel represented clients in appellate and litigation matters in state and federal courts and provided litigation support to the members of the litigation department.

Ms. Hazel was formerly an Assistant Attorney General for the State of Florida where she represented the State of Florida in more than eighty (80) appellate matters in state courts as well as the United States District Court for the Southern District of Florida and the United States Court of Appeals for the Eleventh Circuit. Ms. Hazel also has presented more than a dozen oral arguments before Florida’s District Courts of Appeal and the Florida Supreme Court, which have resulted in numerous published opinions.

Ms. Hazel has been named as a Florida Super Lawyer for 2020 and was named a Rising Star by Super Lawyers Magazine from 2012-2019. Ms. Hazel also serves as an Adjunct Instructor at the University of Miami.