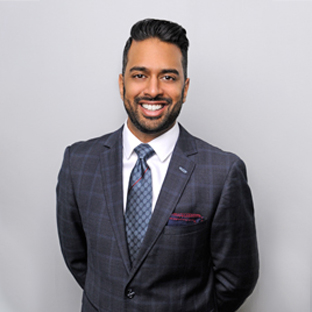 Devoted to Clients, Community, and Charitable Causes Ricky Patel is revered in equal measure for his legal expertise, as well as his passionate work giving back to those in need. His practice focuses on a wide array of issues, including class-action litigation, cases for celebrities and athletes requiring crisis management, and catastrophic damage cases. His role at FPJL includes working directly with firm clients, creating over-arching strategies, and communicating with the media and public at large.  During the most catastrophic hurricane in modern history, Mr. Patel established (Bad Faith and Statutory fee) laws to protect the people of Puerto Rico against the insurance industry.  Along with his team, Mr. Patel established law that prevent insurance companies from frivolously denying claims.  In addition, Mr. Patel was able to successfully represent over $1 Billion in properties on behalf of the government and private citizens against the insurance companies. Along with partner Wesley Farrell, he also represented over 3500 clients affected by the BP oil spill.  These clients included hotels, municipalities, government agencies and other areas of tourism. Mr. Patel is the youngest person appointed to President Barack Obama’s National Finance Committee, which he served on for two years. He also served as an ambassador for the Clinton Global Initiative. Mr. Patel is extremely charitable in his spare time, holding leadership positions, starting his family foundation (ITS4THEKIDS) which provides resources to children in need.  Ricky Patel provides both his time and resources to The United Way (Tocqueville Member), VAWA (Violence Against Women’s Act), Gracious Hands Haitian Orphanage (CEO), Fashion Gives Back (Founder), Puerto Rico Relief, St Thomas University, School of Law (Board of Trustees), and Nicklaus Children’s Hospital, where he serves as Chairman of the Board of Trustees. Mr. Patel has appeared on several news outlets, including CNN, FOX, NBC, ESPN, ABC, and other major affiliates regarding high profile cases he has han­dled. Mr. Patel received his law degree from St. Thomas University School of Law and his undergraduate degree from Florida State University. He was actively involved with the Asian American Hotel Owners’ Association (AAHOA) from early on in his career. Mr. Patel became a lawyer so he could make a difference. As a partner at Farrell, Patel, Jomarron & Lopez, he continues this important work by also focusing on helping those who may be underrepresented.